5 Xbox Indie RPGs You Should Be Playing

Many gamers treat the Xbox Indies marketplace the same way they would a malformed leper; rather than embracing it, many players steer clear of the console Indies service in fear of become infected with something nasty.

There are currently over two thousand XBLIG titles on the marketplace, each ranging in different genres and categories. So how do you know which ones are good? Each game’s page only has a short description and four screenshots to show the game. If you’re lucky, you can find a trailer on YouTube, but most of the Xbox Indies don’t have this luxury.

So the only real way to find out if you’re going to like a game is to either download the demo, wait for your games library to load up and finally play 7 minutes of what could be a terrible game. Another option is to find a review of the game in question online…but honestly gamers shouldn’t have to research every Indie they think may be enjoyable.

There just has to be a better way than the trial-and-error method to find good XBLIG’s. Most gamers don’t have the patience to sit there and navigate through lists and download a ton of demos.

Never fear, GAMINGtruth has you covered. Through careful consideration, GT exposes the truth behind a steadily growing genre in the XBLIG Marketplce: Roleplaying Games. I’ve prepared a top 5 checklist of all my personal Xbox Indie RPG favorites organized from greatest to least.

These are 5 Xbox Live Indie RPGs you should be playing, and why: 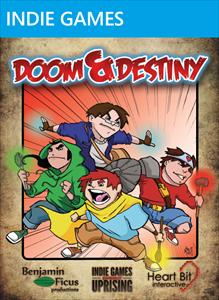 Doom & Destiny transports gamers back to the golden SNES-era of RPG gaming, providing hours upon hours of turn-based goodness. With a humorous story arc filled with pop culture references, this enjoyable Xbox Indie will keep you busy for days on end. Whether you’re the type of gamer who loves grinding EXP and weapons to make your characters demi-gods or the type that likes to beat every game you play 100%, Doom & Destiny is a perfect fit for all RPG fans out there.

With classic bit-style graphics and traditional J-RPG game mechanics, this title brings just about everything that any gamer could want from an old-school role-playing game. D&D offers expansive character development with a variety of skills and abilities that gamers can use to customize their party’s classes and proficiencies.

This is another example of an RPG well worth it’s 240 MSP asking price as it provides 10+ hours of gameplay. Additionally, Doom & Destiny was a finalist featured in this year’s Indie Games Summer Uprising event. Highly recommended for all fans of early J-RPG titles. For more specifics, check out GT’s official Doom & Destiny Review. 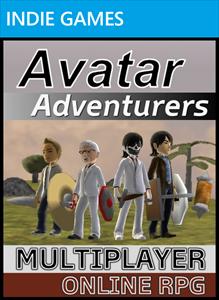 AAO allows gamers to play with up to five friends in a party to take on a myriad of side-quests, featuring an adventurous story-arc that’s quite expansive. The game features decent graphics and it’s one of the only titles I approve of that makes use of Avatars. Most of the time when an Xbox Indie title uses Avatars, they’re just being lazy and don’t want to create in-game characters.

Within most Xbox Indie titles that feature online multiplayer, finding players is often a problem. In a few games it’s downright impossible to find someone else to play with. With AAO, gamers won’t have any trouble finding another player to join their party, as it’s fan base is ever-growing and there always seems to be someone playing 24/7.

This game is great for it’s sheer level of social interactivity. If you’re playing with a group of 3-4 friends in the same party, talking in a private chat on Xbox Live, it really gives players the sense of playing an MMORPG on PC and chatting over Ventrilo. The experience can be pretty enjoyable and you’ll find yourself losing hours with the long boss battles and expansive quest line.

This is an example of an Xbox Indie RPG that is well worth the 240 MSP asking price, as it offers almost an unlimited amount of gameplay as you can keep playing even if you’re beaten the game. I have managed to find a few level 99 characters in this game–now that’s dedication! 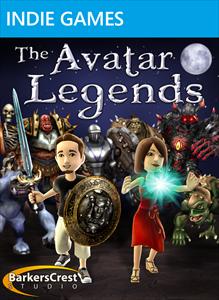 You may be wondering why I put Avatar Legends at number 3. It’s supremely awesome graphics and impressive mix of RPG mechanics with action-packed combat makes it one of the best Xbox Indies out of them all. It brings gamers through the classic Hero’s Journey experience through an epic world that’s full of villages, towns, NPC’s and of course enemies.

While I do love the game, it can be a bit tiresome hacking through enemies and enacting retrieval quests over and over. It’s nice to have some variation, and some sort of interactivity. Avatar Legends does have multiplayer, but it’s a survival themed arcade style game rather than the full RPR experience. Since Avatar Adventurers Online is a pure social experience, I put that above Avatar Legends, which doesn’t have that same interactivity over Xbox Live.

Just about everything about Avatar Legends is great: the music, the visuals, the RPG elements, and the expansive story arc. While there is a bit of silly humor injected within the story itself, at it’s core it keeps the archetypal feel.

This game does use avatars, and normally I’d be against that and count the developers as lazy, however Avatar Legends is creative in it’s use of a gamer’s virtual representation and makes it the main character. Defeating hordes of enemies dressed as a Stormtrooper or Master Chief is pretty awesome, and having that sort of freedom in a game like this is unexpected.

The game also comes with a full game editor, allowing players to create their very own game. No, this isn’t some limited addition that’s frustrating to use; this is the real deal.

You can literally make your own game, complete with quests, enemies, towns–just about any variable you can think of is included. This feature is amazing to say the least, and gives players the chance to build their very own game–something that hardly any Xbox Indies have. 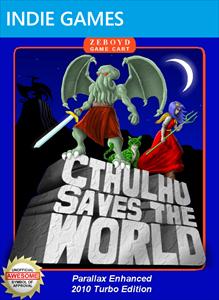 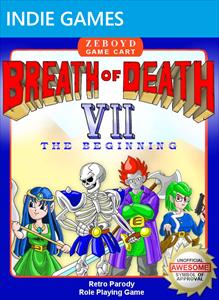 Both Zeboyd Games RPGs have been well-known as quality Xbox Indie titles, and each of them offer a robust and enjoyable gameplay experience for casual or die-hard gamers. While Cthulhu Saves the World is overall better in many ways, some gamers might prefer Breath of Death’s vintage style, recreating the signature look of old-school NES turn-based J-RPG titles.

Either game brings  a good amount of gameplay as a standard playthrough can last several hours on end, and CStW has the highly coveted NewGame+ feature which allows players to beat them game a second time. With awesome retro graphics and an impressive soundtrack both games are superb examples of what an Xbox Indie RPG should be like.

The character development system is another feature that makes both games a great choice for gamers, as players can fully customize their characters level up skills on-the-fly and solidify a character’s role in the party. Choose from a variety of weapons and equipment and recruit different allies in these unforgettable fantasy RPG adventures. 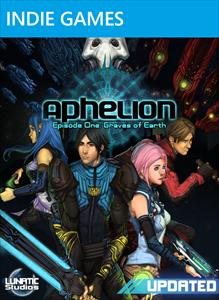 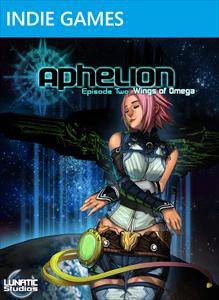 If you’re tired of dealing with teeny bite-sized characters, Aphelion brings full scaled human-like characters instead of mini-heroes and avatars. Think of Final Fantasy 8‘s use of realistic characters–the Final Fantasy titles before them had cartoon-like party members. In fact, Aphelion’s main character is somewhat likened to Squall in FF8, and his long blade does resemble the moody hero’s gunblade.

Personally I find both of these games to be some of the highest quality Xbox Indies on the marketplace today. Even when compared to games of other genres, Aphelion holds its ground with impressive graphics and visuals with a signature techno sci-fi look that defines the atmosphere of the series. Both Aphelion games feature a creative and original story arc which reminded me a bit of Mass Effect, and awesome turn-based combat with a myriad of helpful features and indicators integrated within the HUD.

Each game also features a huge set of skills and abilities, rewarding players each time they level up with a new ability or skill to try out in battle. The abilities range from passive buffs that solidify a character to deadly physical attacks. Players can mold each ally to their specifications, building a solid and balanced team to remain a force to be reckoned with amongst the galaxy.

Combat is awesome–turn based goodness with a full active meter that allows you to check each character’s turns–the enemy’s turns are included as well, giving players a sense of strategy while planning out their moves and attacks. The animations are also quite fluent and are executed quite well, bringing a refreshing new level of quality to Xbox Indie RPG’s.

Although Aphelion 2 isn’t as good as the first one, as it’s missing a few features such as the mini-map (which is extremely helpful) and less expansive skill trees, yet it still remains a must-play title that continues the story set forth in Graves of Earth. Both games also feature NewGame+ and have a wide variety of weapons and armors to further strengthen your team.

Better Get Your Pre-Orders On Day One ?

2 Responses to 5 Xbox Indie RPGs You Should Be Playing