The highly anticipated title Total Miner: Forge is now available on the Xbox Indies Marketplace for 240 MSP ($3). Greenstone Games, the Independent XNA studio that developed this block-builder Indie Game, has announced that Total Miner: Forge has an expansive array of in-game features that will keep players entertained for days at a time.
These elements–such as  RPG and adventure aspects coupled with the signature voxel-styled graphics–have been made popular by the PC Indie block-building predecessors like Minecraft, Dwarf Fortress, and even Infiniminer as well.

This title promises to deliver many re-playable hours of gaming as players collect blocks, blueprints, and even scrolls of wisdom to upgrade and enhance gear and equipment as well as unlocking valuable secrets of the Total Miner world.

Where FortressCraft is a social gaming experience, Total Miner: Forge is more of a personalized single-player experience in which players are predominantly alone throughout gameplay. There is a Share World feature that allows players to share the levels they’ve designed, adding a sense of multiplayer to the game so it’s not completely without a social aspect.

The game has a robust sense of exploration and epic adventure, and players must expect to soak up quite a few hours as this game contains the traditional grinding aspects. The “grinding” in this case refers to the endless chopping, digging, and mining of resources which can be a bit monotonous at times. Gamers have associated this element of “grinding” with RPG’s and adventure games for quite some time, especially block-builder titles of this genre. 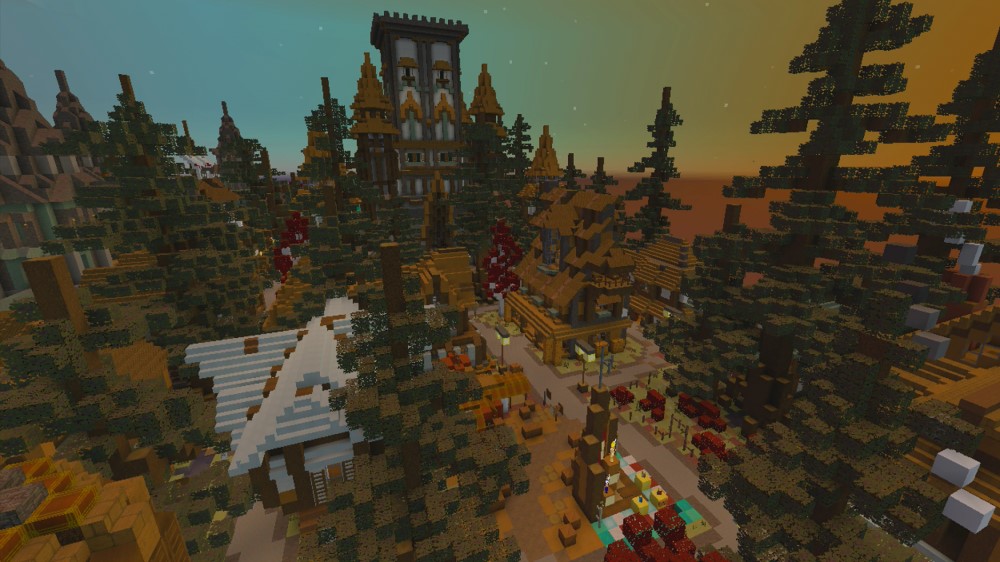 Whether you’re a hardcore gamer who’s willing to soak up hours of enjoyable and entertaining gameplay in a title like this, or if you’re the kind of player who simply wants to build pretty things and clever creations in the world around you, Total Miner: Forge offers nearly infinite possibilities.

Create and customize your own virtual world, complete with interactive and destructible environments and precious minerals and resources to craft gear. Dig a hole to the center of the earth itself–and farther–to reach smoldering magma, or revel in the coastline beaches and pick flowers to set outside your house.

The easy-to-use guides and How-To tutorials aid gamers and teach them the basics on how the game works. An in-game mini-map and HUD interface are other features that help players in their epic block-building adventure, and also add to the RPG aspects seen in the title as well.

In Total Miner: Forge players can do whatever they want, whenever they want. Build, destroy, hunt, craft, or just kick back and relax in your own personal virtual playground where every single block on the screen is customizable.

Click the picture link below to try the FREE Demo of Total Miner: Forge out for yourself to see how it compares to FortressCraft and the other Indie block-builders in the gaming world today.

For more information on Total Miner: Forge and the XNA studio that created it, Greenstone Games, please visit the official Total Miner website.